Water softeners have been around for many years and is still the best solution available to get rid of lime scale in water. The process that water softeners use to remove lime from water is called ion exchange. Simply put ion exchange is when hardness ions (lime) in the water is replaced by sodium or potassium ions (salt). The resin beads are all loaded with sodium ions and when the water passes over the resin the sodium trades places with the calcium and magnesium in the water. The calcium and magnesium then stick to the resin. This is also why the water has a higher sodium content afterwards and can taste very different from before. The sodium however has no adverse effects when using the water. 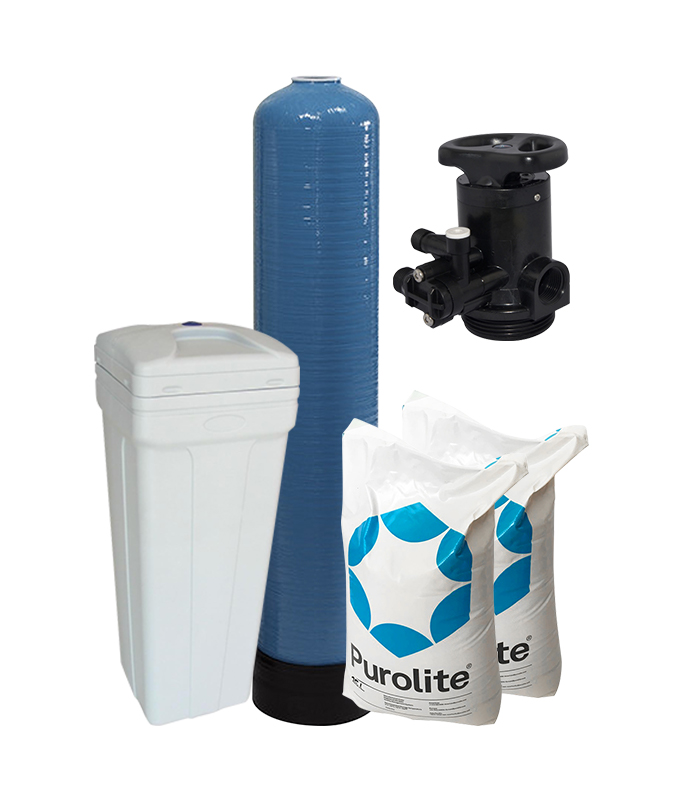 Canature pressure tanks are designed and made to meet world-class quality standards but at competitive costs. NSF ACS, W270, and KTW certificated.

The Runxin control valve is designed to closely integrate multi-ports to one valve body. When the rotor moves, some ports are shut off while others open to control various functions such as service position, backwash position, brine, and slow rinse, brine refill, and fast rinse position. The Runxin control valve manipulates the water to compensate for load disturbances and keeps the regulated process variables as close as possible to the desired set point.

The filter/softener head material is made of ABS engineering plastic, which has high-pressure strength and can not be broken underfoot.
The thread is strengthened in the structure of the filter head and a rubber washer is added. The base of the filter/softener cap is designed to strengthen the bottom seam so that there is no dead water area and no mud accumulation between the filter/softener plate. It is widely used in water treatment filters, filters, softeners, return programs, and ion-exchange column equipment.

The tablet salt is intended for the regeneration of ion exchange resins used as a filter media in Ecosoft iron and hardness reduction filters FK and softening filters FU.